Blues Workshop at the Vortex in London 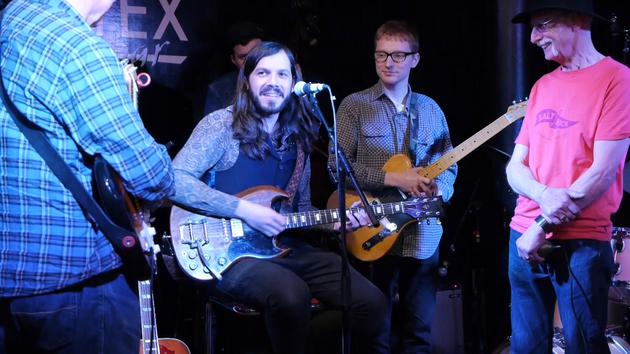 The goal of MusicGurus workshops is to bring all of us together around intimate musical moments with awesome musicians. It's all about sharing the music we love, meeting and playing with each other and learning a lot in the process!

For this meetup we brought together four of the UK's finest blues performers for an exclusive 3 hours of jamming and sharing thoughts about playing the blues.

Over this three hour masterclass Paddy, Marcus and Pat will share their wealth of experience and look at various styles within the Blues, offering secrets and insights into playing Shuffles, Slow Blues, Funk, New Orleans feels and more. At the end of this masterclass, you'll have clear instrumental ideas to work on, and also benefit from personal advice on musicality and general musicianship.

Many thanks to the Vortex Jazz Club for hosting this workshop.