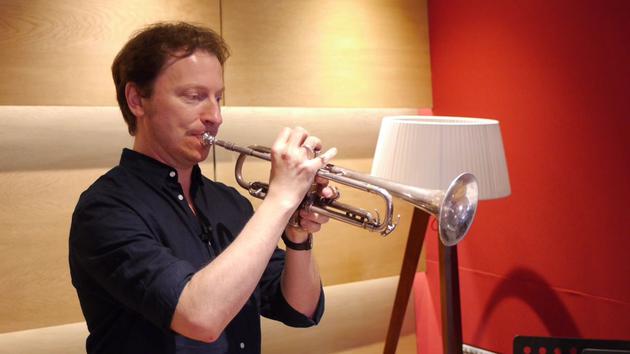 Gerard Presencer is one of the most respected trumpeters around. After an early break playing on one of the biggest-selling jazz records of the 90's (US3's Cantaloop), he's gone on to play with Sting, Chick Corea, Ray Charles and many more. As a band-leader he's released four acclaimed albums, and as an educator he's been Head of Jazz Studies at the Royal Academy of Music in London and Head of the Brass Department at The Jazz Institute in Berlin.

Gerard is a self-confessed trumpet geek! In this course, you'll get to spend a few hours with Gerard as he shares his own set of exercises and the daily practice routines that have helped him increase his endurance and improve his flexibility up and down the instrument. He'll explain the methods he uses to make the physical act of playing the trumpet as easy and relaxed as possible.

By the end of this course, you'll understand how articulation, single tonguing, and breath accents are there to support your constant flow of air,to keep a relaxed legato feel to playing, but with a good sense of groove steering clear of brute force. This course is for any style of trumpeter who's interested in a technical approach to rhythmic music playing (styles of music that normally contain drums and amplification, where trumpeters can often struggle to be heard, so bad habits can often develop).