For the first time, Mike's video tutorials have been beautifully re-published in a new online streaming format, so you can access anywhere with an internet connection.

Learn 6 original tunes with one of the finest guitarists there is, anywhere.

Mike's music is a unique mixture of blues, ragtime , swing and roots music in standard and open tunings.
The late, great Vassar Clements called Mike Dowling simply "One of the finest guitarists there is, anywhere".

In this course, Mike teaches six original compositions that span bottleneck bues, jazzy ragtime, and open tuned fingerpicking.  A patient and careful teacher, Mike will explain the tunes to you in detail, focusing on such techniques as palm damping, picking patterns, and playing fast single-string runs.

This course is for intermediate-advanced level guitarists who want to discover the world of American Roots guitar.

We've created this course to be as practical as possible: with constant multiple angle views of the guitar, you'll be able to see everything Al is doing at all times. 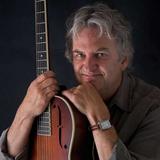 Mike digs deep into the musical bag of American roots guitar, favoring the melodic Piedmont style of acoustic blues masters like Mississippi John Hurt and slide great Tampa Red. But Mike can't be pigeonholed as a blues player, or even as a fingerstylist. He's far too versatile for that. From bottleneck blues to vintage jazz and much more in between, Mike's musicality, depth, and mastery of the instrument translates fluently to flattop, archtop, and resonator guitars alike.

Performer, composer, instructor, session artist, inventor. Everything guitarist Mike Dowling does reflects his love for and mastery of the instrument that has been the focus of his life for over forty years

"An excellent instrumentalist who's comfortable with a wide range of musical styles. He injects feeling into every word and note."
--Hit List, Acoustic Guitar