Learn the secrets of acoustic guitar with Doug MacLeod who learned from the masters.

One of the last true bluesmen who learned from the old masters, Doug MacLeod is a man who has lived the music, survived the life, and now carries forward the tradition. A prolific recording artist, his songs have been covered by blues artists like Albert Collins and Albert King.

In this course, you'll learn the secrets of acoustic guitar blues, as revealed by a modern day master. Doug does more than show you 101 blues licks, he shows guitarists how to build a song from bottom-end root notes to advanced 12-bar and 8-bar blues progressions.

"Anyone can play the blues!" according to Doug and this is coming from a man who was has performed with the greatest blues musicians in the world, you truly feel as though Doug has been handed the torch and is helping to pass it on to the next generation.

This course is perfect for intermediate-level guitarists, also includes a lot of advanced concepts thrown in as well.

Please note: The original source for this online course is a DVD. The artist/teacher may refer to a DVD and sometimes a book, neither of which are included with your purchase. Instead, you will have lifetime access to stream the course on all your devices and PDFs of the transcriptions from the book. DVDs get damaged and lost and books can go missing, but these courses are available to you whenever you want and wherever you are! 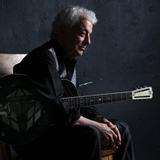 Doug MacLeod (born April 21, 1946, New York City, United States) is an American storytelling bluesman. Although now associated with his home in Los Angeles, he has lived and worked in North Carolina, St. Louis, Port Washington, New York, and Norfolk, Virginia, where he was stationed in the United States Navy. He became acquainted with the blues in St Louis in his teens and started his career playing country blues on acoustic guitar, finding that singing eased a chronic stutter and helped him to eventually overcome it.

In every note he performs and records, MacLeod follows the rule-of-thumb he learned from country bluesman Ernest Banks of Toano VA.: "Never play a note you don't believe", and "Never write or sing about what you don't know about."

"Simplicity. Honesty. A wealth of blues feeling. He's a gem."
- All Music Guide

Price
Purchase in progress
Payment successful. Thank you for your purchase!