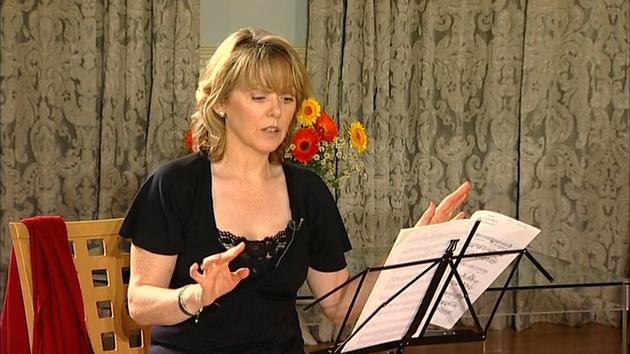 Joan Rodgers is one of the best loved British sopranos and is equally established in opera, in concert and as a recitalist. She has appeared in recital throughout Europe and the USA including London, Paris, Vienna, Amsterdam, Moscow and New York, and in concert with conductors including Solti, Barenboim, Mehta, Harnoncourt, Mackerras, Ashkenazy, Salonen and Rattle. She is regular guest at the BBC Proms. Operatic engagements have included the Royal Opera House, English National Opera, and Glyndebourne in Britain, Paris, Munich, Brussel, Amsterdam and Vienna in Europe, and the Metropolitan Opera, New York.

In this masterclass, Joan Rodgers works with young singers on the performance of arias of Mozart, Gounod and Tchaikovsky. She chose extracts from very famous pieces such as The Magic Flute, The Marriage of Figaro and Eugene Onegin.

In partnership with The Masterclass Media Foundation Archives, which provides a valuable educational resource in order to perpetuate musical passion and knowledge from one generation to another. [MMF020]