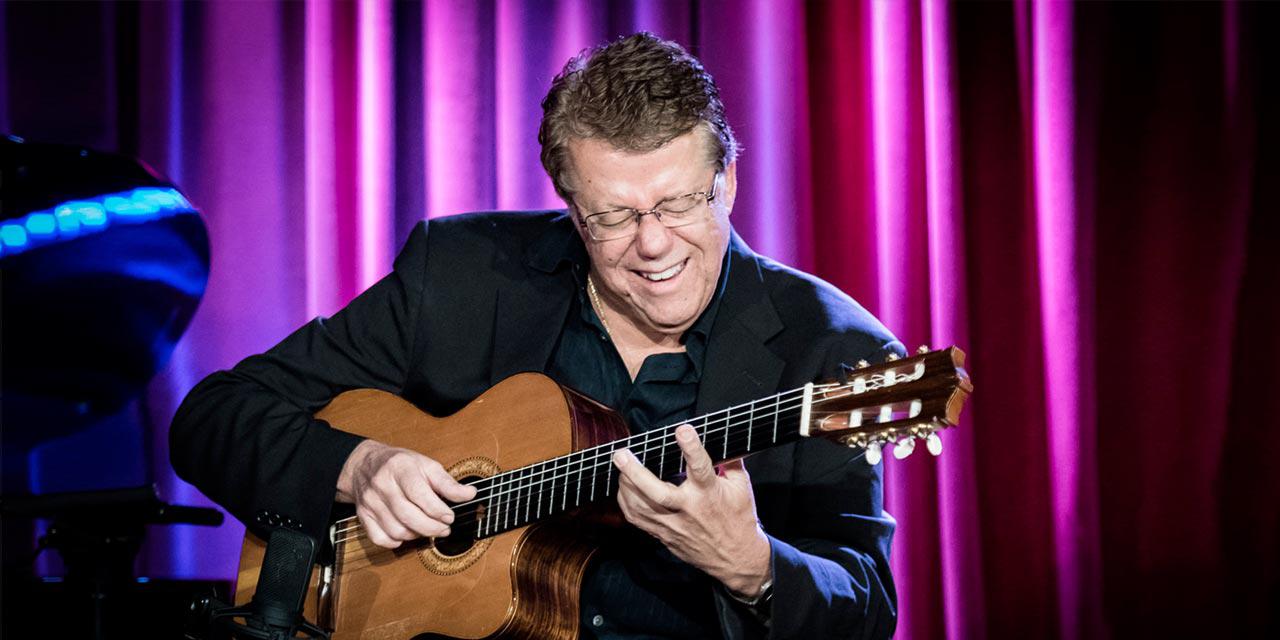 From the cool, sophisticated rhythms of his native Brazil to hard bop, Romero is a guitarist who’s comfortable in any musical setting. He is an uncommonly gifted soloist and musical improviser with a steady stream of unpredictably creative musical thoughts and the virtuosity to deliver them ever so tastefully.
After arriving in New York City, Romero quickly established himself as a “first call” session and touring guitarist who was in demand not only for his authentic Brazilian sound, but also for his command with a variety of styles.
Lubambo has performed and recorded with many outstanding artists, including Dianne Reeves, Michael Brecker, Yo-Yo Ma, Kathleen Battle, Diana Krall, Herbie Mann, Wynton Marsalis, Gal Costa, Kurt Elling, Kenny Barron, Luciana Souza, Cyro Baptista, Sergio and Odair Assad, Ivan Lins, Grover Washington Jr.,