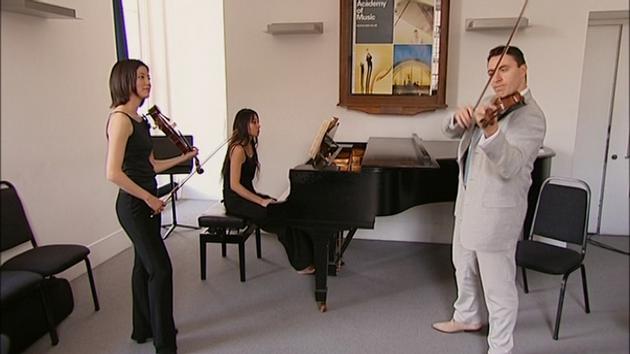 Maxim Vengerov is recognised as one of the world's most exciting and brilliant violinists. His prodigious talent emerged when he was very young. He gave his first recital at the age of five and went on to win First Prize in the Junior Wieniawski Competition when he was ten years old, confirming his promise as a violinist of rare talent  Still in his mid-thirties he is now acknowledged throughout the world as one of the great musicians of our time.

In this masterclass, he works with a student on the first movement of Mendelssohn's Violin Concerto, one of the most loved works in the violin repertoire and a piece with which many young players have launched their solo careers.

In partnership with The Masterclass Media Foundation Archives, which provides a valuable educational resource in order to perpetuate musical passion and knowledge from one generation to another. [MMF007]