Håkan Hardenberger was born in Malmö, Sweden. He began studying the trumpet at the age of eight with Bo Nilsson in Malmö and continued his studies both at the Paris Conservatoire, with Pierre Thibaud and in Los Angeles with Thomas Stevens.

He is regarded as the greatest trumpet soloist today. Alongside performances of the classical repertoire, he is the most noted pioneer of new works for the trumpet. Many of these written for and championed by Hardenberger now stand as key highlights in the repertoire, including works of Sir Harrison Birtwistle, HK Gruber, Hans Werner Henze, Rolf Martinsson, Olga Neuwirth, Arvo Pärt and Mark Anthony Turnage.

Newly commissioned works in the 2007/08 season include a concerto by Luca Francesconi with the Accademia Nazionale di Santa Caecilia directed by Antonio Pappano (co-commissioned with VARA/Netherlands Radio Philharmonic and Gothenburg Symphony), a concerto by Kurt Schwertsik premiered and commissioned by the Tonkünstler Orchestra and Kristjan Järvi in Vienna’s Musikverein, and a new work by HK Gruber for trumpet, banjo and chamber orchestra (co-commissioned by the Amsterdam Sinfonietta and Swedish Chamber Orchestra).

In recital, Hardenberger has several key partnerships: with pianists Aleksandar Madžar and Roland Pöntinen; a unique partnership with Swedish poet Jacques Werup and jazz pianist Jan Lundgren and with percussionist Colin Currie. Hardenberger and Currie can be heard on a newly released CD in 2007 and for the first time in the USA (San Francisco), where he also returns to perform with the Cincinnati Symphony and Paavo Järvi.

Of Hardenberger’s extensive discography on the Philips, EMI and BIS Records labels, two further discs were released in 2006; solo works for BIS, and a disc of Turnage, Gruber and Eotvös works with Gothenburg Symphony Orchestra and Peter Eötvös for Deutsche Grammophon, which has justly received high praise. 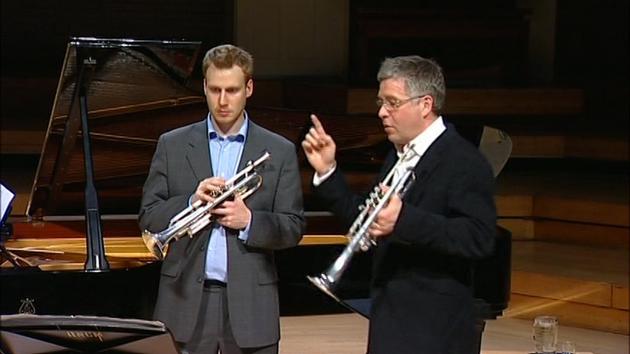