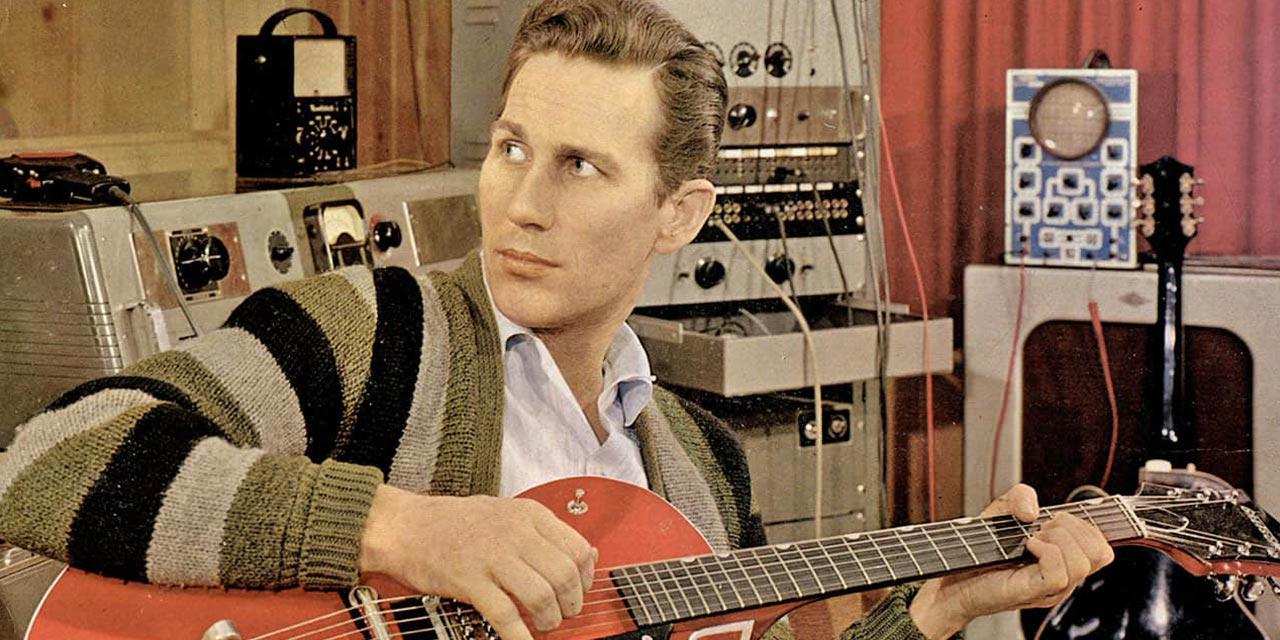 As a studio musician, his string-tickling work has gilded the records of Elvis Presley, Kitty Wells, The Everly Brothers, Hank Williams and dozens of other Nashville legends. His style influenced such pop greats as Mark Knopfler, Duane Eddy, George Harrison, The Ventures, George Benson and Eddie Cochran, as well as thousands of country pickers. He has won nine CMA Awards as Musician of the Year, four Playboy jazz poll honors and thirteen Grammies, more than any other artist in the history of country music.

With more than 35 million copies of his 75-plus original releases sold, Grammy Lifetime Achievement Award winner Chet Atkins was one of the most successful guitarists in history.

Without Chet Atkins, country music may never have crossed over into the pop charts in the '50s and '60s. During that time, he helped create the Nashville sound, a style of country music that owed nearly as much to pop as it did to honky tonks.

Learn from the master! ...by clicking on one of the courses on this page.