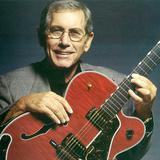 In this video, Chet reflects about his career, success, and what it takes to make it as a musician. An intimate talk with Chet in which he speaks from the heart to aspiring guitarists. As a studio musician, his string-tickling work has gilded the records of Elvis Presley,...  read more