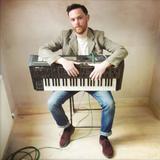 What is EQ and why we should use it. Application of EQ to bring out elements in the mix. John began training as an audio engineer at Bonafide studio in 2005 where he...  read more