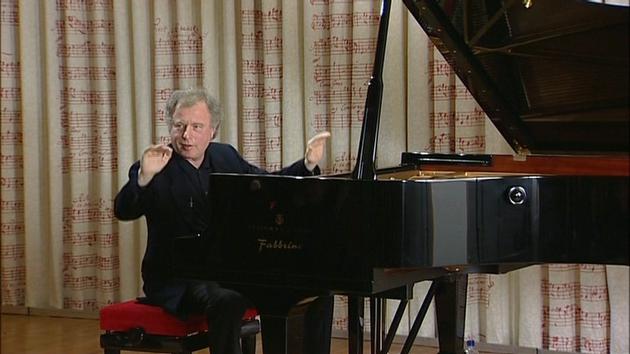 András Schiff, world-acclaimed pianist has in the past been primarily associated with his performances of the major keyboard works of J.S. Bach, Haydn, Mozart, Schubert, Schumann and Bartok. In 2004 he began performing the complete cycle of the 32 Beethoven Piano Sonatas in chronological order, having studied them from the original autograph scores or earliest editions. This meticulous attention to the composer's instructions have resulted in performances much praised for their freshness and authenticity even though they sometimes challenge traditional interpretations.

Here, András Schiff looks at the three great piano sonatas which end the cycle and on which Beethoven worked during final years of his life, Op 109, Op 110 and Op 111. He analyses each sonata in detail and discusses and demonstrates his personal interpretation and technique in playing these sublime works.

In partnership with The Masterclass Media Foundation Archives, which provides a valuable educational resource in order to perpetuate musical passion and knowledge from one generation to another. [MMF003]