"My life has been spent pursuing answers to technical issues on the trombone; indeed it is a passion bordering on obsession.
In this course, I will show to you the exercises, the methods and the techniques that I use now and have used to bring me to where I am today."

Ian has taught at the most prestigious colleges in Europe including the Royal Academy of Music. He enjoyed a 12 year career with the London Symphony Orchestra performing as a soloist and recording the soundtracks to films including Star Wars: Episode I and Braveheart.

In this series, Ian shares his unique insight into the inner truths of successful trombone playing, guiding you through the key technical challenges and exploreing the most frequently required orchestral excerpts.

Whether you are a student, teacher or professional "Unlocking the Trombone Code" presents a fascinating insight into the playing, teaching and philosophy of one of the world's great trombone players and teachers.

Thank you for producing such clear and thoughtful teaching. Have already urged my students to subscribe.

Wes R
I wish I had this video when I was a teenager learning the trombone. Why have so many professionals kept these secrets to themselves for so long?

Sean R
Great stuff, Ian! Thanks so much for making these videos

David
Jul 24, 2016
Thank you for producing such clear and thoughtful teaching. Have already urged my students to subscribe! 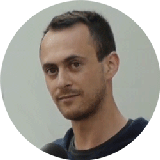 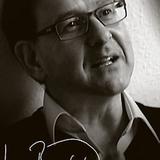 Ian Bousfield has been at the top of the profession for over one quarter of a century, excelling in perhaps more facets of the music business than any other trombonist to date. His career has included playing in two of the acknowledged top-four orchestras in the world, one of which is recognized as perhaps the greatest opera orchestra, performing as a soloist to the highest possible level with orchestras, brass bands and on period instruments, recording as a soloist on top labels, playing theme tracks to Hollywood blockbusters and teaching at the Royal Academy in London.

As a soloist, Ian has, amongst others, performed with the Vienna Philharmonic, London Symphony, London Philharmonic, BBC Philharmonic, Halle Orchestra, Sapporo Symphony, Austin Symphony. He has worked with the following conductors: Riccardo Muti, Michael Tilson Thomas, Sir Neville Marriner, Kent Nagano, Ion Marin and Matthias Bamert, and EMI, Camerata, Chandos and Doyen are amongst the labels for whom Ian has made several solo recordings over the years. Probably the two highlights of Ian’s solo career to date have been performing the Nina Rota Concerto with the Vienna Philharmonic and Riccardo Muti (2008) three times in Vienna, as well as in The Lucerne Festival and in Tokyo, and giving the world premiere of Jonathan Dove’s Stargazer, written for and dedicated to Ian, with the London Symphony Orchestra under Michael Tilson Thomas (2007). He has performed with all of the world’s major brass bands, recording with many of them. He has appeared as a soloist pretty much everywhere in the world, and as a clinician, it’s probably easier to mention the conservatories and festivals at which he has not appeared!

Get notifications about new courses in trombone