Learn to play drums like a pro with Rockschool and MusicGurus!

This interactive video course comes with pro tips and advice from world-class drummers and educators, backing tracks, sheet music and 1-2-1 tutoring when you need it.

This innovative video course challenges you to be the best drummer and musician you can be, whatever your level.

Get personalised feedback or tuition from a pro drummer

You can contact any of the drummers from the course through the site, and request personalised lessons or feedback on your performance. 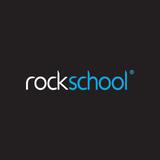 RSL Awards (Rockschool) is the world's foremost awarding body for contemporary Arts. It is known for its groundbreaking approach to popular music education, with learning material for guitar, drums and piano perfeced over decades.

MusicGurus is proud to partner with Rockschool to deliver video guides and practise sheet music for their grade books. These products enhance the experience of learning with Rockschool and are taught by top pro musicians, many of whom play on original performances and backing tracks recently recorded at Abbey Road and Realworld studios.

Get notifications about new courses in drums